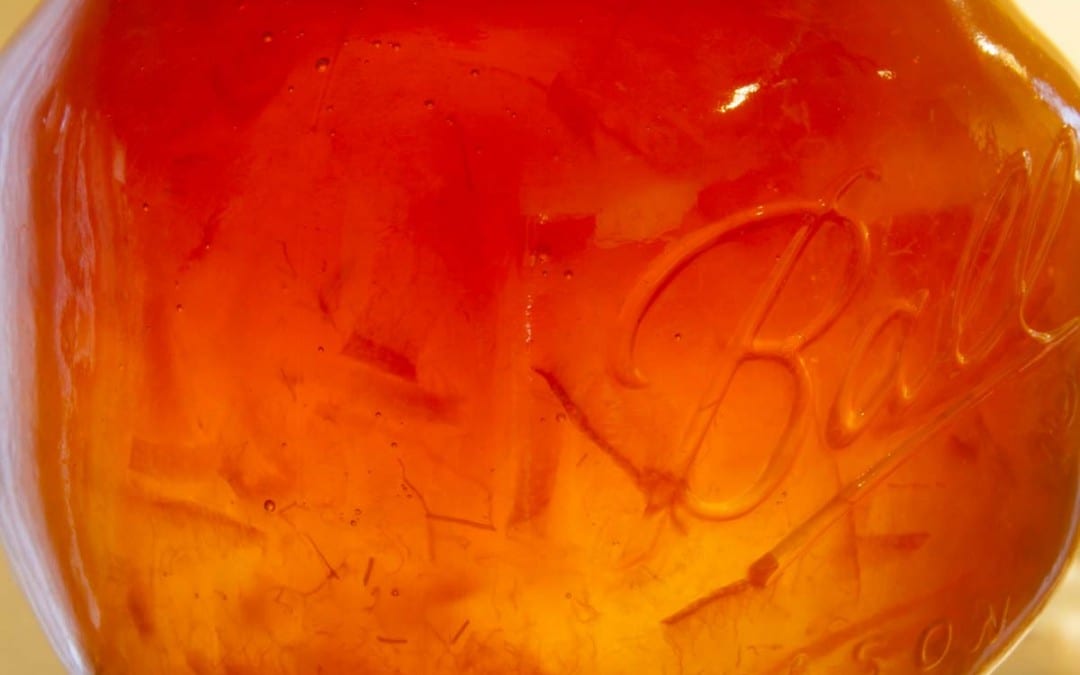 Orange marmalade is my favorite. While we seldom have any sort of jam, jelly or whatnot I’ll pretty much pass over any of them if there’s no orange marmalade. And I had no idea until recently that my favorite store-bought brand (Dundee) was from the company credited with creating orange marmalade! It’s a great story about, well not so much lemons-to-lemonade, but turning the wrong oranges into delectable & perfect orange marmalade.

I’ve been jonesing to try making marmalade for several months and learned that the quintessential citrus, Seville Oranges, are only in season for a very short period – normally the 3rd and 4th weeks of January. That didn’t stop me from nagging the produce folks at Central Market from mid-November. Or, while on our holiday trip to the daughters in Florida, making the rounds of every citrus stand we passed.

When we returned home in January our favorite produce guy at Central Market (who shall remain nameless and blameless) told us that ‘something happened’ to the Seville Oranges and there would be none this year. I’ve been grumbling for a month, now.

Sure, there are lots of recipes for substituting plain oranges & various other citrus in attempts to mimic the unique sharpness of Seville Oranges – and I was tempted – but ultimately I resolved that my first-ever canning experiment would wait for the real thing.

Imagine my excitement last week when the hubby pointed out Seville Oranges (at CM!). Granted they are about 3 weeks behind schedule but there they were. After giving the ojo to the produce guy I began filling my basket. I had no idea how many oranges I needed so I just bought all my basket would hold. 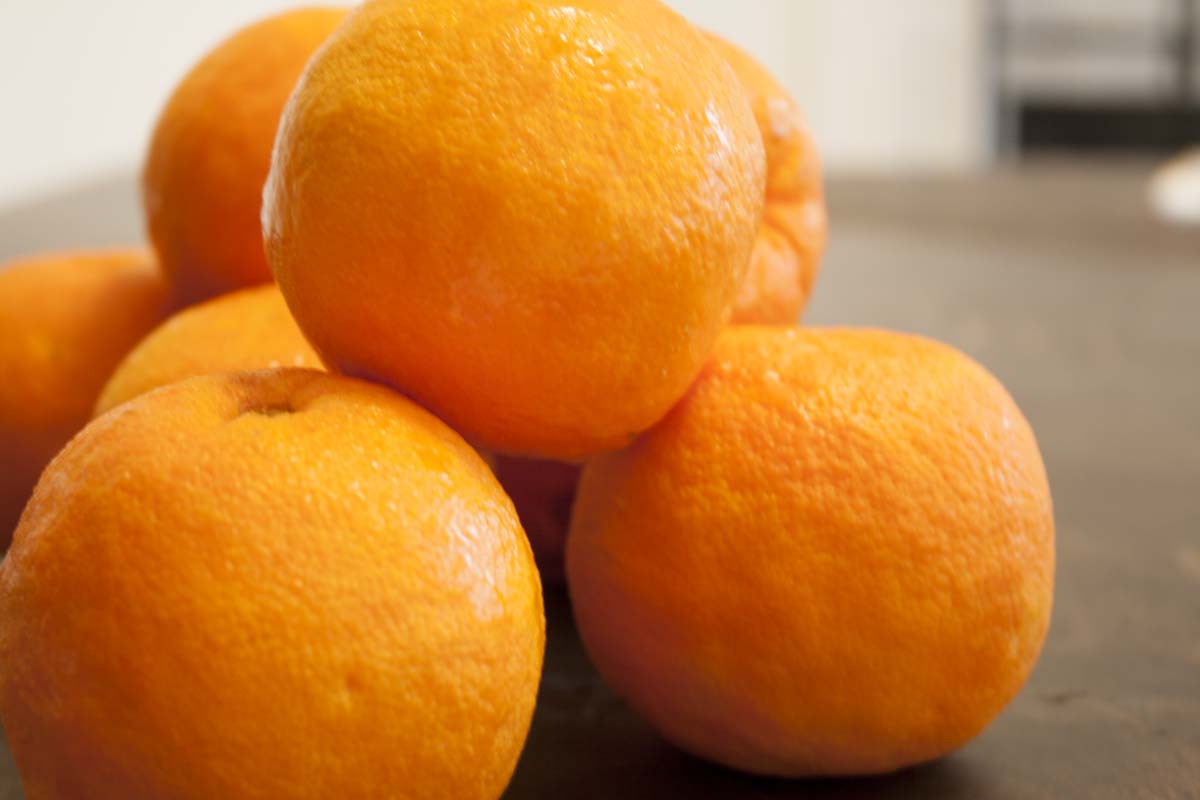 So, below is a recipe that makes just shy of 2 GALLONS of orange marmalade. Yep, 15 pints. You may want to consider adjusting the recipe to fit your particular level of zeal.

Also, if you know anyone who likes orange marmalade and lives near Austin send them my way.

This is a recipe you need to prepare for. There are many moving pieces and you need each ready when needed. Make sure you have everything before you start. And, like a birth, you’re going to need lots of boiling water.

This is the first time I’ve ever ‘canned’ anything and I’ll admit I’m still slightly nervous despite reassurances that canning is super easy. I’ve been told that the sure signs of improperly canned food are:

Use your own good judgment. Botulism can kill you. If in doubt throw it out. 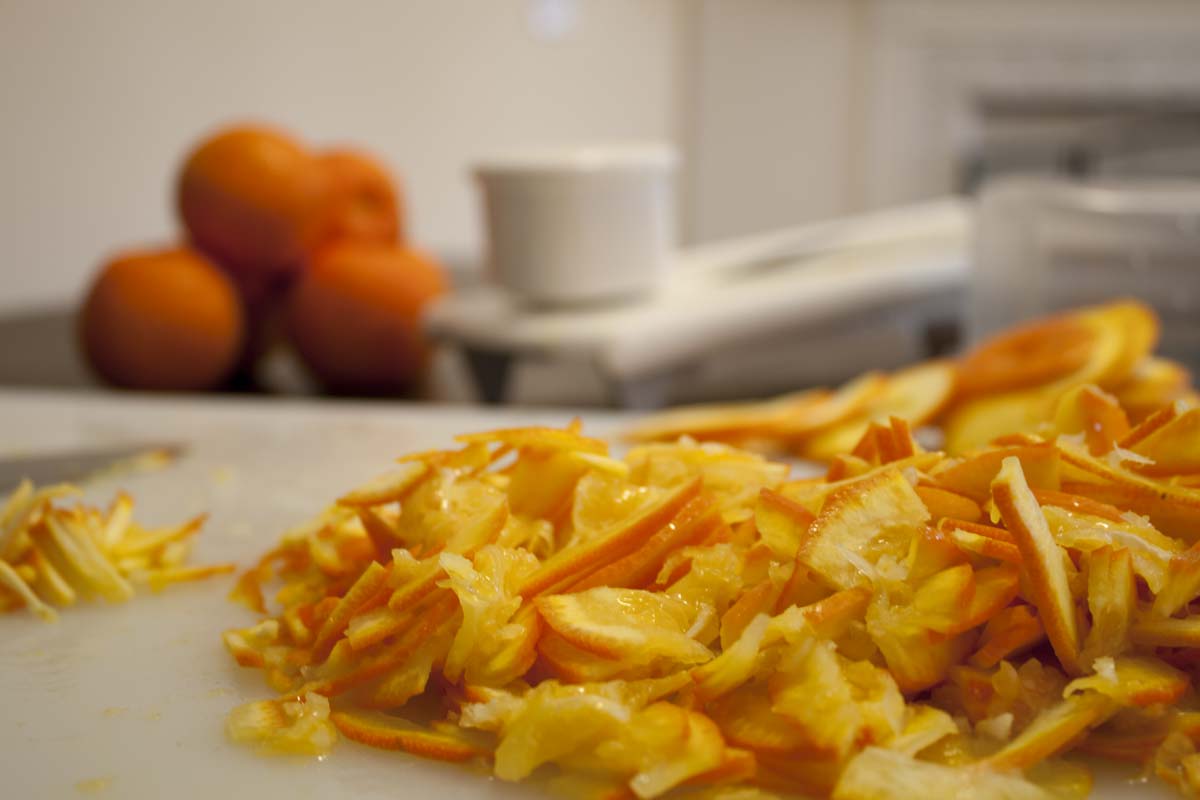 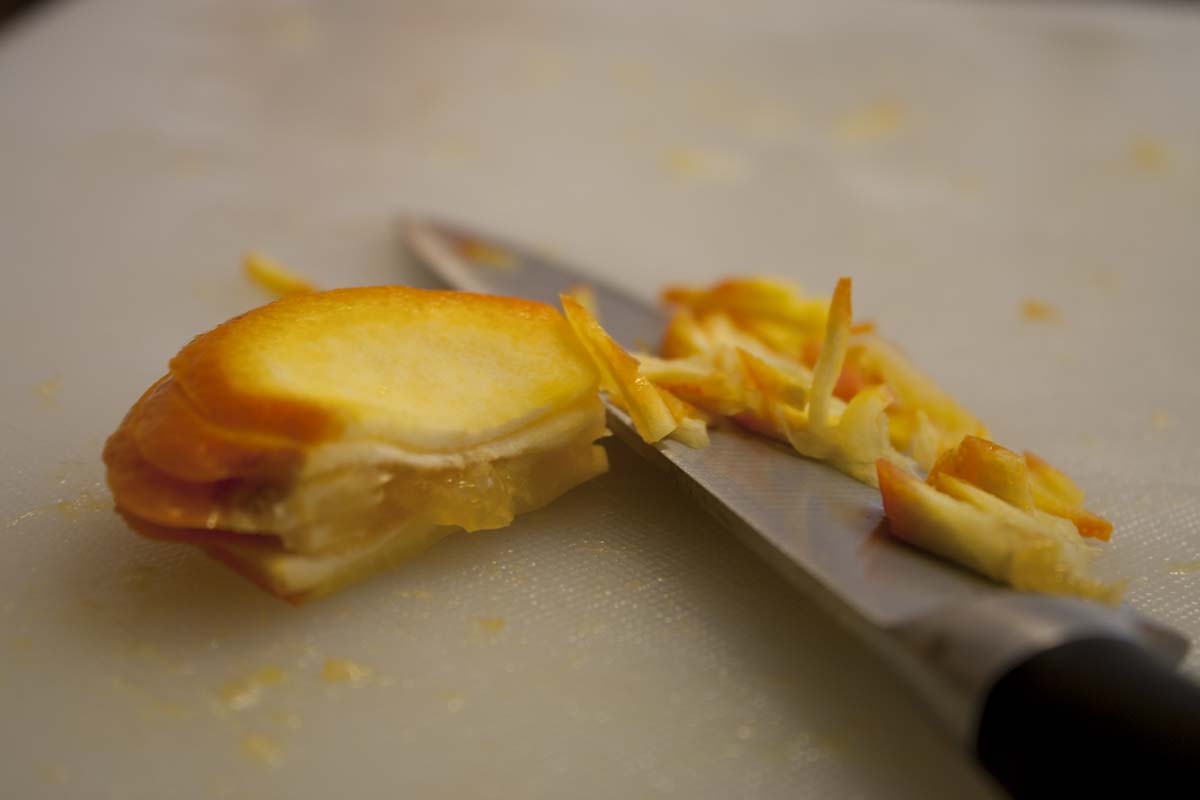 Remove the orange/water mixture to the counter and allow it to come to room temperature while you gather everything else together.

Place your 2 clean salad plates on a flat surface in your freezer. 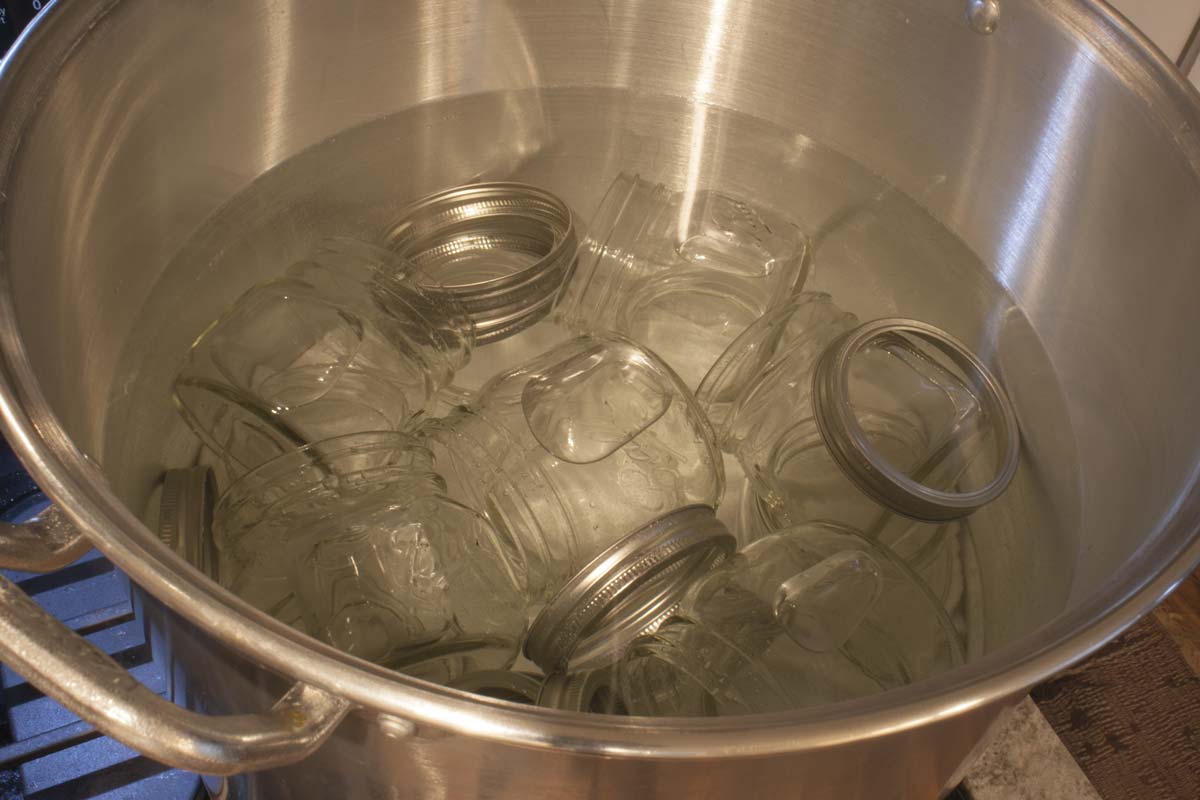 I added another 3 gallons of water after this photo was taken and before I started heating the pot. 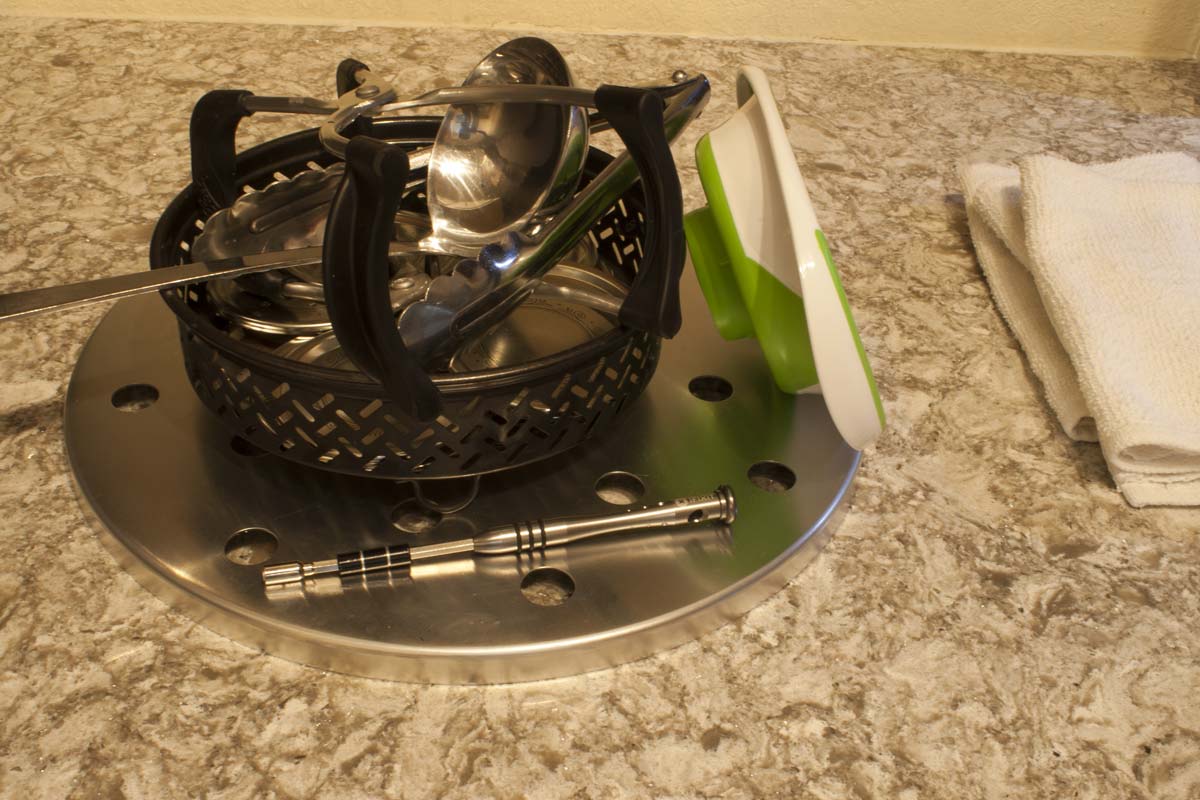 Various canning utensils. The items with rubber on them (lids, jar tongs, funnel, and magnet thingy) are not boiled but placed in the pot after the heat is turned off. 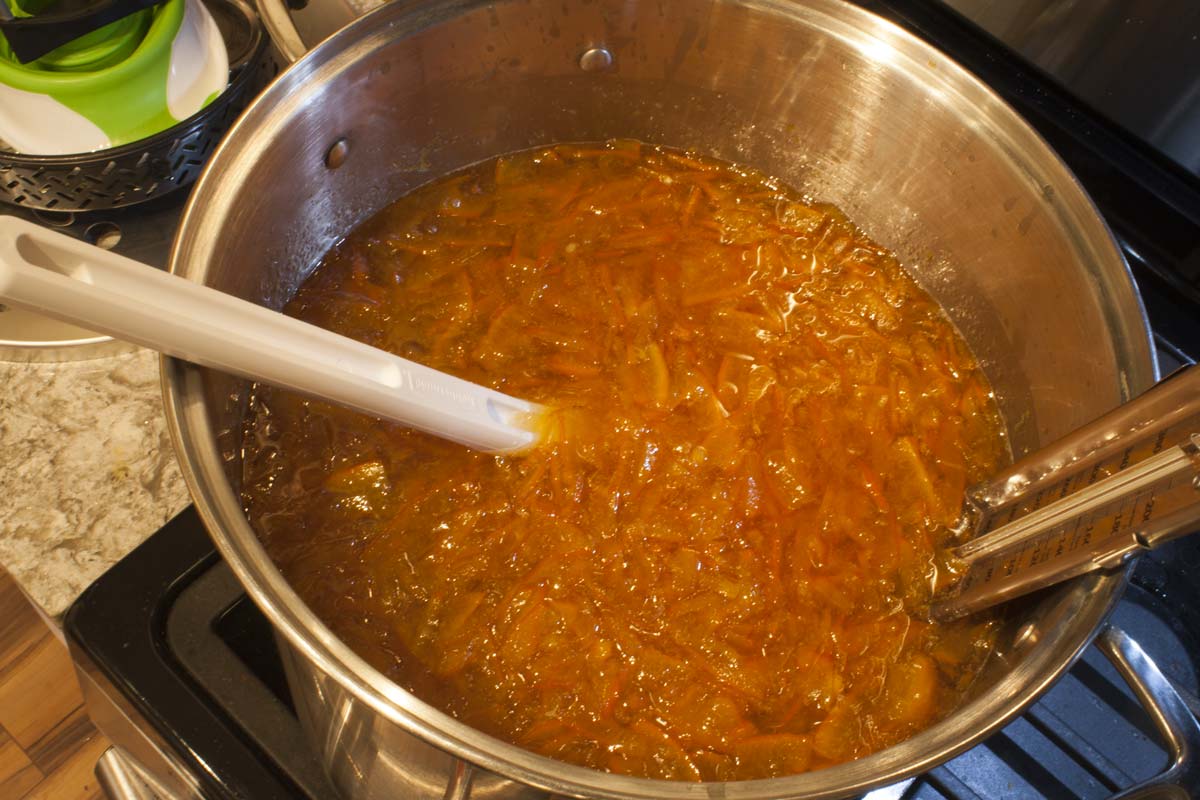 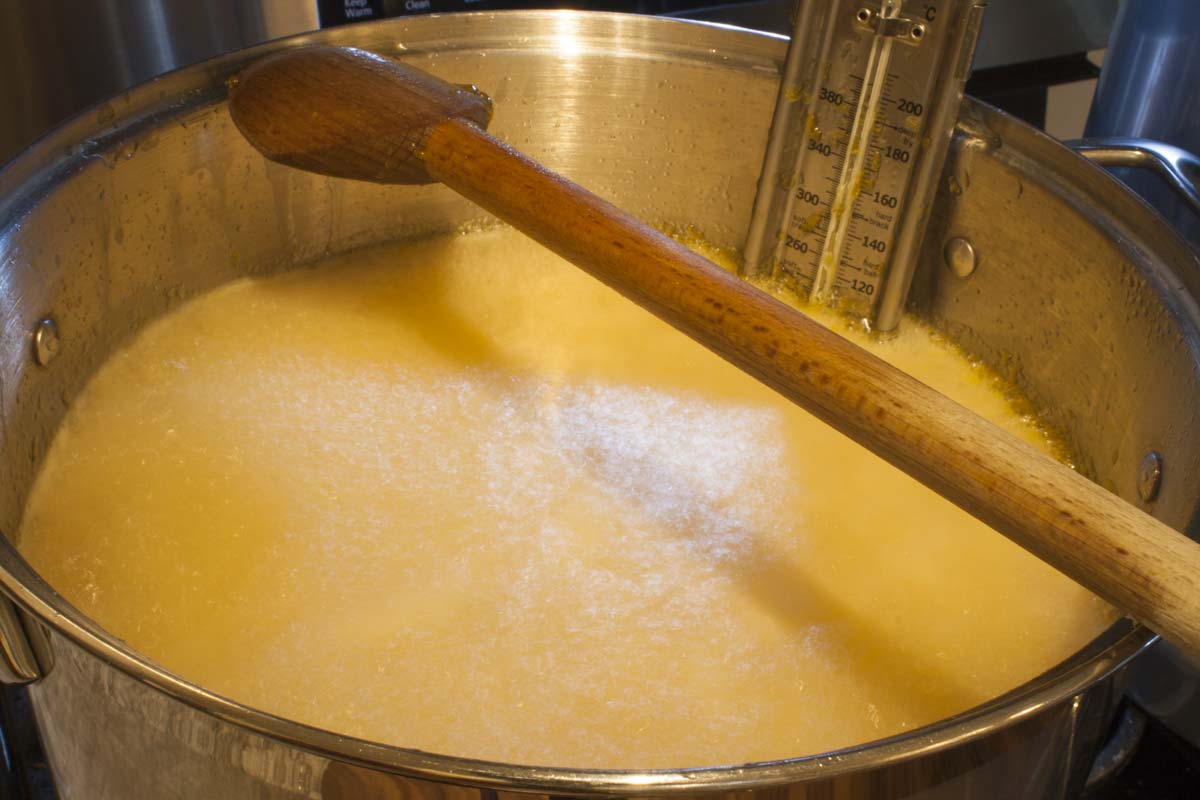 Rinse, dry and return your plate to the freezer if you need to continue cooking. Rotate plates so you’re always using the coldest one for testing.

Because I prepared such a huge volume of marmalade I had to boil for ~35 minutes before the mixture was done.

Leave the jars upside down until just before you fill them. 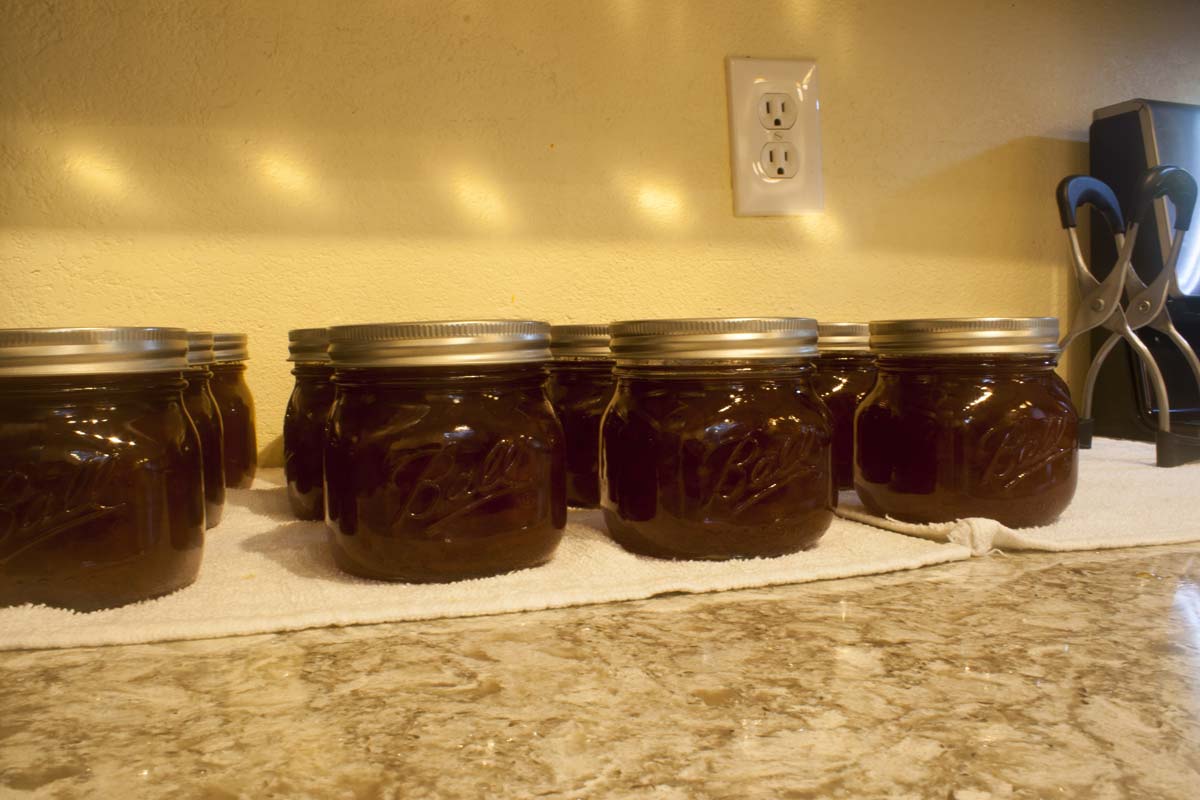 You don’t want to crank the ring on at this point. Air will be expelled from the jar during the sterilizing process and a tightly closed jar will explode. 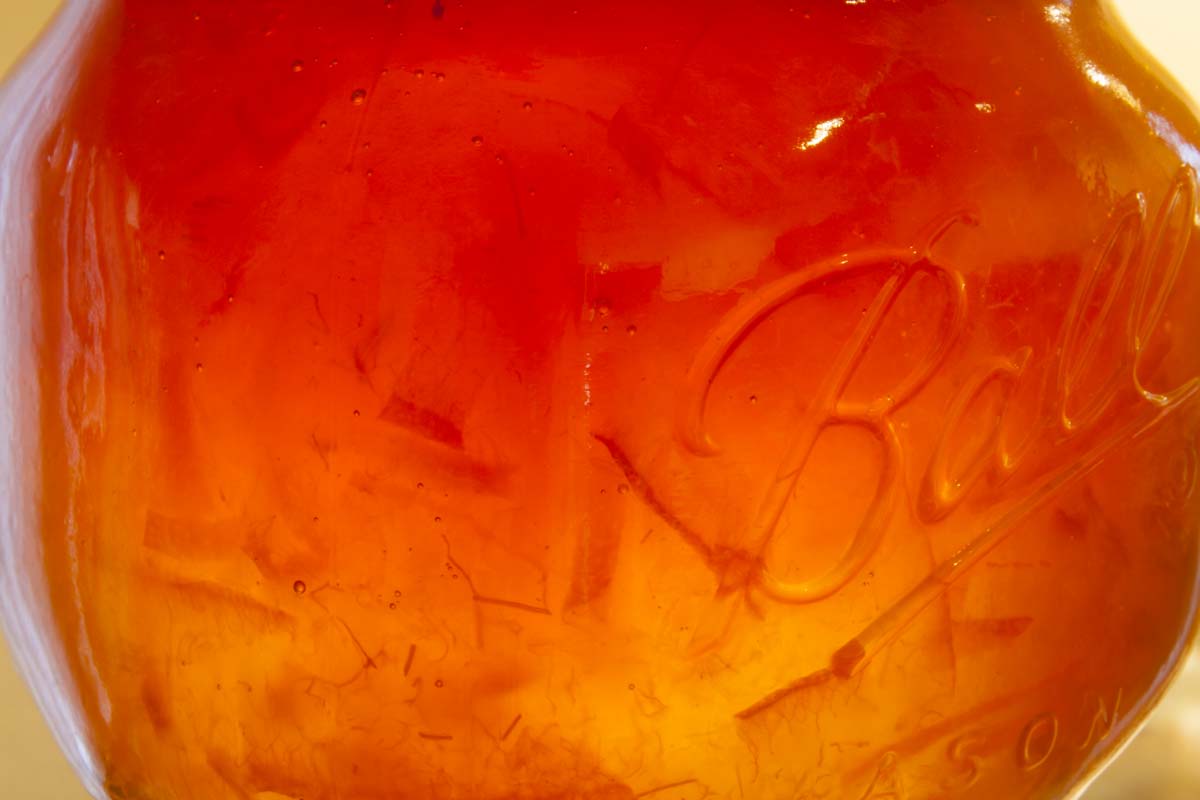 You should hear each lid ‘plink’ as the jar cools and vacuum seals the lid.

The rings are really used at this point to keep the lids from being knocked off in storage. I know several people who remove the rings and use them for the next canning batch. My confidence level is not there – yet.

Marmalade should last for about 6 months. Again, approach home-canned goods with appropriate caution and…if in doubt throw it out! 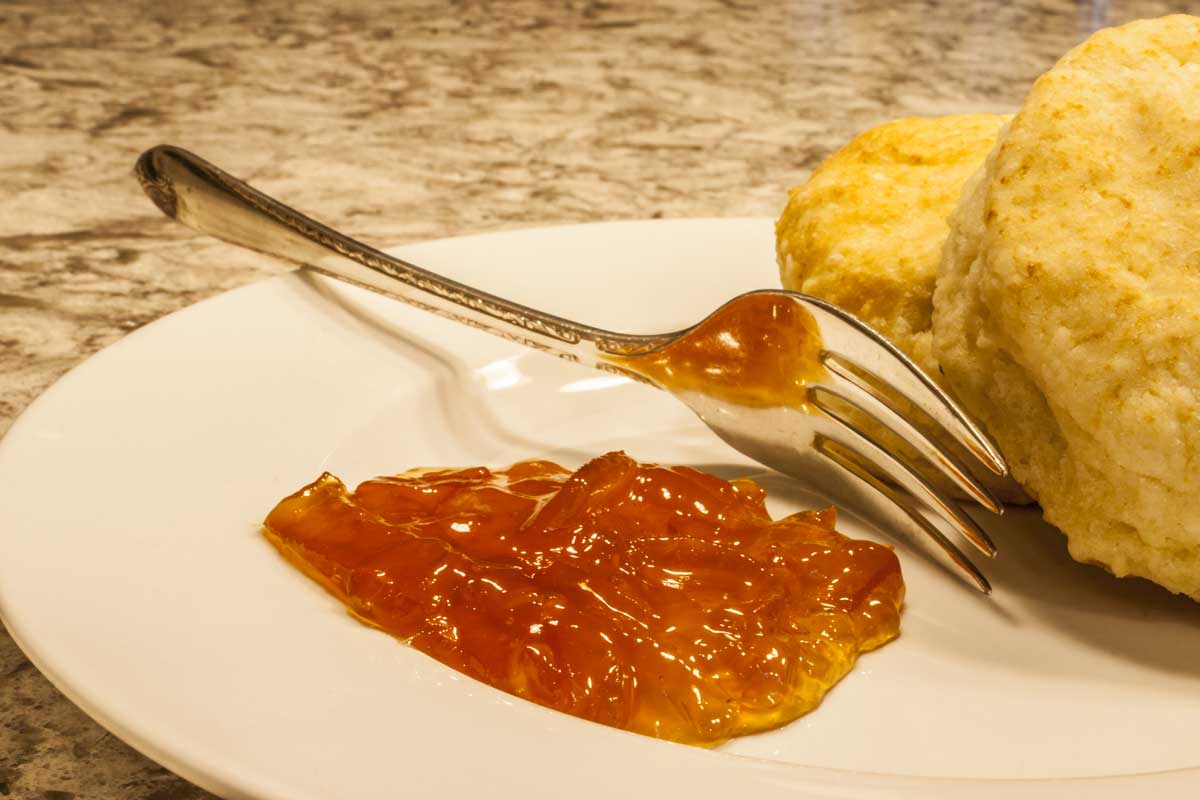